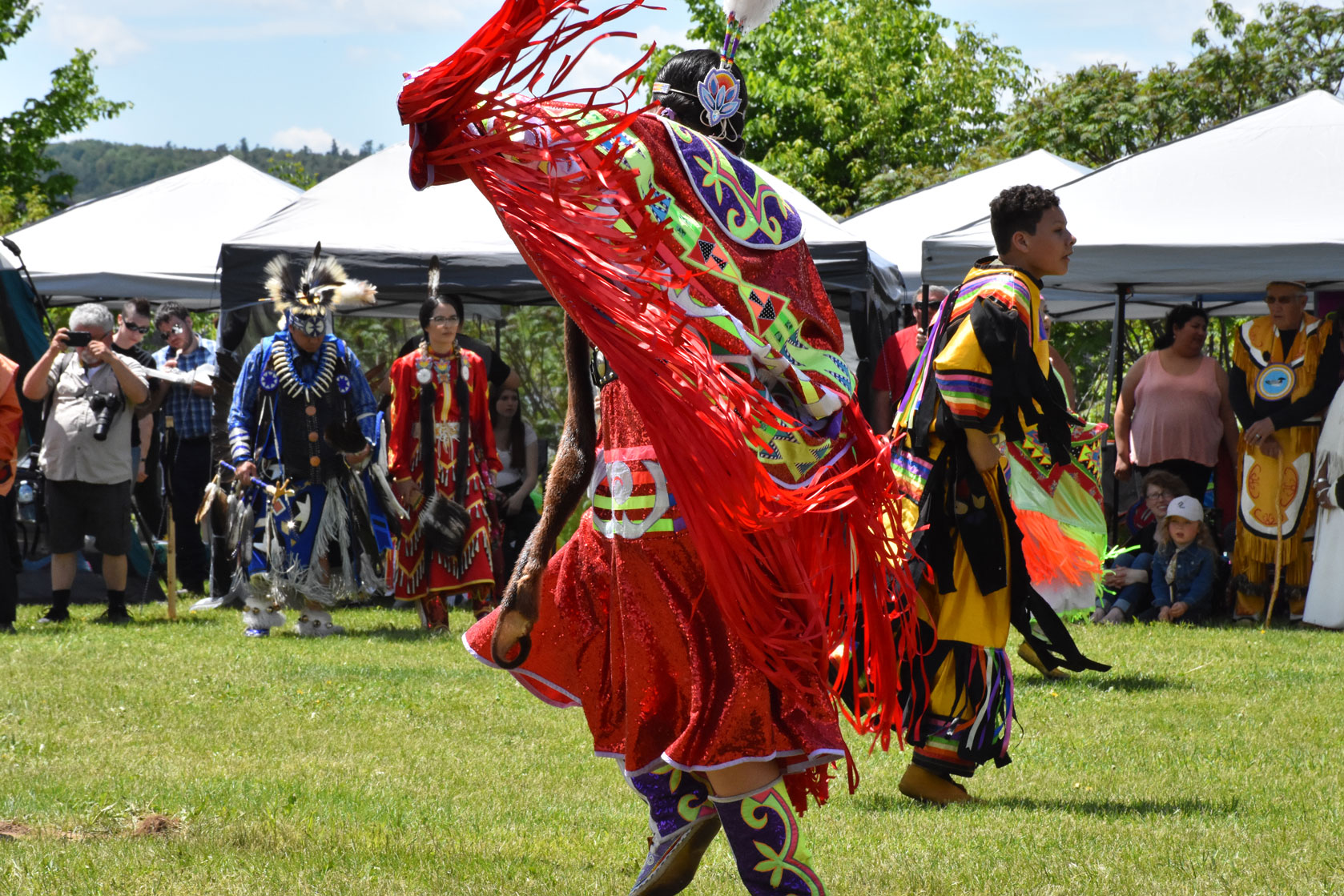 Sitansisk Wolastoqiyik is an urban community in North-Eastern Turtle Island. Sitansisk lies on the Wolastoq, opposite downtown Fredericton, New Brunswick.

During a duly convened session of Chief and Council on September 28, 2021, a new COVID-19 policy was adopted for use in all band-operated buildings. As part of this policy, a mandate was introduced for testing of employees (and individuals regularly conducting business inside); individuals who provide proof of vaccination are exempt from this testing. Individuals who repeatedly decline testing will be denied entry into band-operated buildings until further notice. We continue to welcome citizens and employees to utilize our spaces provided they agree to these public health measures.
The tests being used are point-of-care/rapid test kits. These tests involve a non-invasive swabbing of the end of nostrils and can be self-administered. These tests are provided to employees at no cost and all results are to be kept confidential.
This policy was made under the advisement of our health workers, public health officers from multiple levels of governance and SMFN Emergency Measures Operations. Our community has one of the highest vaccination rates in Turtle Island and has managed to avoid having a positive COVID-19 test among any members at this time.
This policy is an effort to maintain that success. The overwhelming majority of staff have agreed to testing or have provided proof of vaccination, with testing proving effective at preventing the potential spread of COVID-19 in at least one facility.
Chief and Council remain committed to maintaining the health and safety of our nation. The next Chief and Council meeting will be held on October 19, 2021. If citizens have input on the above issues or any other concerns, please contact a member of Chief and Council or Band Administration by calling the band office or via their listed contact information on the community website. ... See MoreSee Less

Reminder: There is an open meeting for community members at Maqiyahtimok this evening from 6 p.m. to 8 p.m. to discuss policy solutions to the ongoing drug issue.

GNB reverses course on early cancellation of tax revenue sharing agreements with Wolastoqey Nations in advance of court hearing Oct. 5, 2021 (FREDERICTON) – The six Wolastoqey First Nations emerged from the Court of Queen’s Bench of New Brunswick this week with a victory after the GNB changed course on its early cancellation of tax revenue sharing agreements with the First Nations. GNB gave notice that it would cancel the agreements on April 13, 2022. However, under those agreements’ clear terms, they cannot be cancelled until January 31, 2023 at the earliest. The First Nations commenced an application in the Court of Queen’s Bench to prevent the agreements’ early cancellation. The hearing was scheduled to be heard October 15, 2021. After GNB failed to have that hearing postponed until 2022, it reversed course and agreed that the agreements would be terminated on January 31, 2023. Tobique Chief Ross Perley says the clock now resets. “GNB accepts our position that the tax revenue sharing agreements cannot be terminated until January 2023, at the earliest,” Ross said. The tax agreements date back to the 1990s and they were updated in 2017, with the six First Nations making a variety of concessions, including with respect to the termination clause at issue in this application, in exchange for a long-term and stable arrangement. In April of this year, without warning, the Higgs government hastily convened a news conference to publicly announce the cancellation of the agreements, before contacting the band Chiefs and informing them of the action. His representatives, including the Minister of Finance, hosted a very short conference call that same day with the Chiefs. The Chiefs were not permitted to speak or ask questions about the decision on the call. Since then, the Higgs government has ignored the Chiefs’ repeated requests that the government rescind the cancellations – which are invalid and contrary to the terms of the agreements – to permit the parties to negotiate in good faith.

The Chiefs of the six Wolastoqey Nations are frustrated with Premier Blaine Higgs and his Ministers for their repeated refusal to engage in meaningful discussions regarding the revenue sharing agreements. “Blaine Higgs has shown nothing but scorn toward First Nations people on this issue and many others. By trying to cancel these agreements early, and by forcing us to go to court to enforce the clear terms of the agreements, he has undermined the goal of reconciliation,” said Chief Patricia Bernard of the Madawaska First Nation. Chief Allan Polchies of St. Mary’s First Nation says GNB under Higgs is racking up a list of insults to First Nation people. “Higgs refused to mark Sept. 30 as a provincial day for Truth and Reconciliation as was done nationally. Instead he spent the day posting videos of himself on his social media accounts. As many pointed out, the day wasn’t about him and his words rang hollow.’’ Woodstock Chief Tim Paul said GNB has lost its ability to negotiate in good faith with First Nations. “When Premier Higgs didn’t get the result he wanted in the carbon tax case, he turned around and tried to terminate these agreements early. This is not how you build and maintain a long term and trusting relationship.” “The Province acted completely unilaterally,’’ Chief Paul said. “These were 10-year agreements negotiated in good faith with the province. They were scheduled to run until 2027, and they are not even due for review until January of 2022. This early cancellation was just the latest in this government’s efforts to undermine these agreements, which were entered into to advance reconciliation and to help make up for the vast gaps in standards between people living on and off reserves.” The agreements were signed as a continuation of cooperation between First Nations and the province dating back decades. The revenue sharing is designed to provide basic social aid and housing needs for impoverished reserves. “Vulnerable people are the ones that will be hurt if these agreements aren’t honoured and extended,’’ Oromocto Chief Shelley Sabattis said. “The social consequences could be devastating.’’ The Wolastoqey Nation repeatedly reached out to the Higgs government for meaningful discussions on this and other issues but those efforts have been in vain. “This a big win, achieved without spending a day in court”, concluded Kingsclear Chief Gabriel Atwin. This hasn't been the only court victory for the Chiefs this year. In March, the Court of Queen’s Bench accepted the Wolastoqey First Nation’s position that the newly imposed carbon tax must be shared under the tax revenue sharing agreements. The ruling required the government to comply with the same sharing arrangements. The six Chiefs of the Wolastoqey First Nations call on all residents of New Brunswick to remind the Premier about the his obligations to work with First Nations to advance the goal of reconciliation. ... See MoreSee Less

Thank you for the hamper ❤️

Thank you so much