The official recognition of the St. Mary’s community on the old reserve occurred only in 1867, the year of Confederation, but there is evidence that the site was used as a campground at least as early as 1818, the year of the first dated painting of a wigwam on the site. 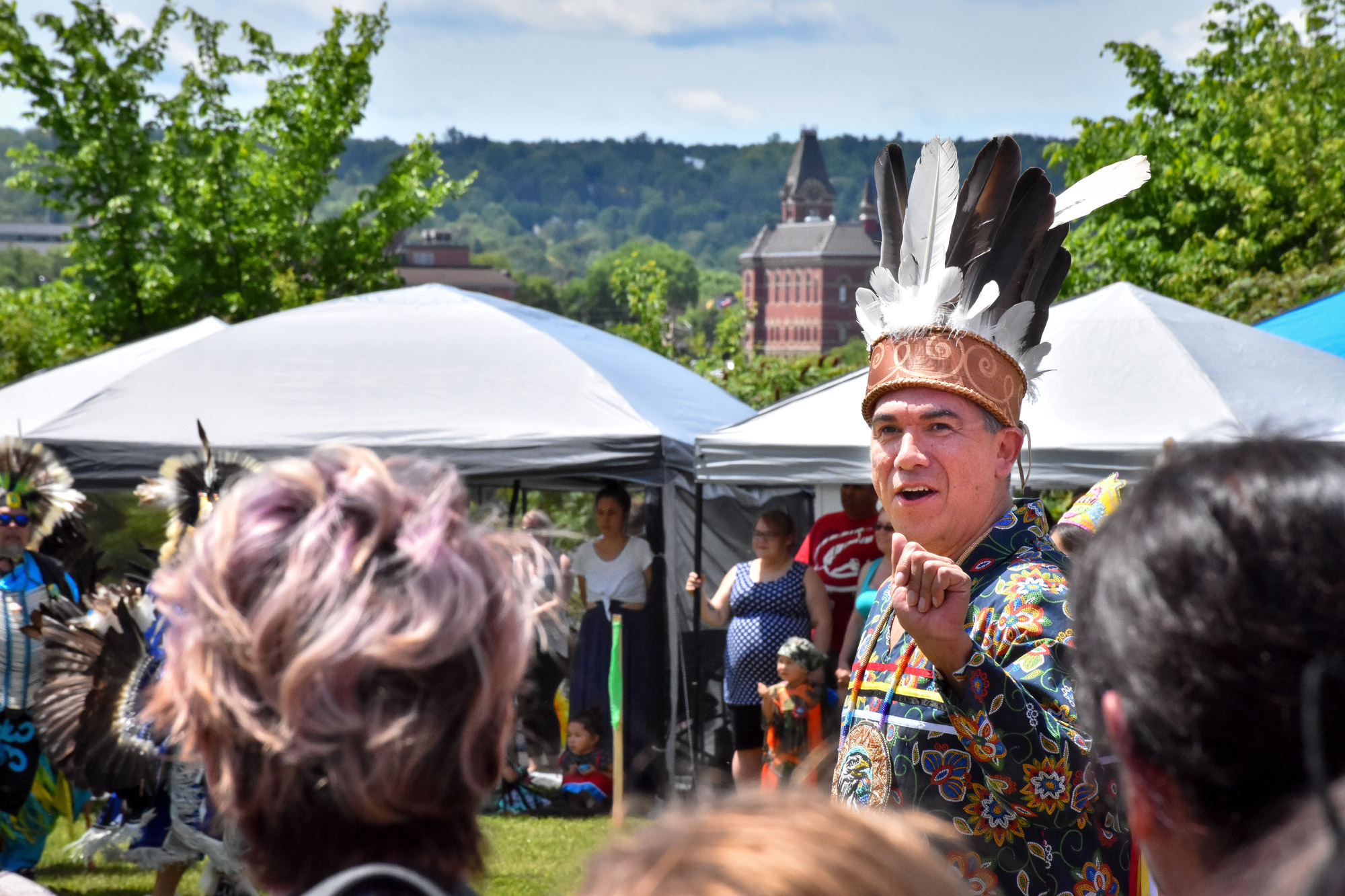 Sakom, Council, and staff, are honoured and committed to serving the people of St. Mary’s First Nation in a responsible, accountable and trustworthy manner, as we strive for a better tomorrow.

We believe in and respect our Wolastoqey traditions, language and culture. We advocate, educate and preserve our proud Wolastoqey history, inherent, and treaty rights.

Working as a unified and dedicated team, we demonstrate our responsible leadership through open, honest and ethical actions. We are committed to always act in the best interest of all citizens.

St. Mary’s First Nation is governed by one Sakom (Chief) and 12 Councillors elected every two years by the citizens of St. Mary's First Nation.

Hover over each point of the constellation to read the history of St. Mary’s First Nation.

Indigenous Settlement along north shore of the Wolastoq, located on present-day Union Street, depicted in paintings of the area.

Francis Toma appointed as hereditary chief of Kingsclear, as well as St. Mary’s as it was considered a satellite settlement of Kingsclear at the time.

Gabe Acquin arrives, living as a migrant between St. Mary’s and Wisawtahk (Sheffield)

First census of the community takes place, with 9 households being noted.

Gabe Acquin begins construction of a frame house, clears land and plants a garden, leading to colonists naming him the founder of the St. Mary’s community despite previous generations of residents.

Census update shows the community had grown to 26 households.

William Fisher appointed as Indian Agent for St. Mary’s Band, with Fisher eventually demanding Wolastoqiyik children be sent to Canadian schools; many families did not comply.

Community land was expropriated by the government to construct a school in the community.

Federal government attempts to entice residents of St. Mary’s to migrate to Tobique, promising new houses and larger allocations of land; government assistance threatened to be cut if residents remained. The community rejected these offers and stayed put.

Divisive election held in communities of St. Mary’s and Kingsclear, with one vote separating the two candidates from one another. This would lead to both being selected to represent their respective communities and all future elections being conducted separately.

Smallpox was identified in the home of Jim Paul, whose home was quarantined and then burned. Paul later agreed to sell some of his property to allow for the construction of a new school for the community and a replacement home for himself to be constructed.

At least five members of the community join the Canadian military and serve in World War 1. During this time, federal and local governments started discussions of relocating the Wolastoqiyik of St. Mary’s to Tobique. Talks of relocation failed in 1919 as residents refuse to move.

After years of failed discussions, government buys an additional plot of land adjacent to the old reserve.

The first nine new homes were completed in 1931, with elders being given priority for housing. The following year 17 more homes of a similar fashion were built, yielding complaints around their materials and workmanship.